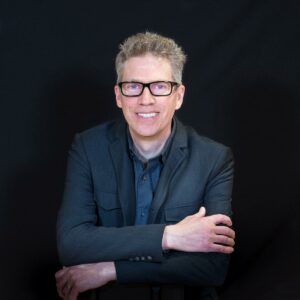 “Cale is an ideal choice for FORREC’s next CEO because he has been a part of FORREC for almost 25 years,” said Dorrett. “He is an excellent example of our commitment to succession and promoting from within. Cale has extensive relationships with clients and the entertainment industry, and has done an exceptional job managing our day-to-day operations. Because of his experience, this will be a seamless evolution. I expect no disruption to client or project management and I know he will inspire and energize our future.”

Mr. Heit joined FORREC in 1993 after graduating from the University of Guelph (1991) as a landscape architect and spending two years as a freelance landscape designer. He steadily rose through the company’s ranks as landscape architect, master planner, project director, acting practice leader, sector leader for theme parks, and executive vice president of operations. As the new president and CEO, Heit plans to continue FORREC’s leadership role in entertainment design, developing and recruiting talent and pushing the FORREC brand forward.

“I’m delighted to be chosen for this role in a company that means so much to me,” said Heit. “I am truly excited about the future and respecting the legacy of Gordon Dorrett. Gord is one of the best in the business and I plan to build on his playbook by continuing to have great teams, customers, projects and partners, while still living up to the company’s core business, which is the business of fun.”

Current president and CEO, Gordon Dorrett will stay on as executive director, board member and design mentor. He will also act as a bridge, offering leadership support to Heit as he acclimatizes to the new role.

Mr. Dorrett’s leadership is woven into the company’s fabric; he joined FORREC in 1985 after graduating from the landscape architecture program at the University of Toronto (1981). Over nearly 30 years, he has driven the company’s growth in terms of revenue, capabilities, reputation and brand positioning. Dorrett has also been instrumental in establishing a strong corporate structure for FORREC, setting it apart from traditional design firms. He has been the key architect of the succession model for new leaders, an approach that is today nurturing the talent that will lead the company for decades to come. Dorrett has been quoted regularly in Toronto newspapers and is sought after for speaking opportunities. His continued role in the company as a design and corporate visionary is key to FORREC’s ongoing success.

PRESS RELEASE: FORREC announces its support for Sketch, a community group that offers creative development for at-risk and homeless youth