“Movies are deeply personal experiences. We experience them in many levels, from intellectual to emotional.” 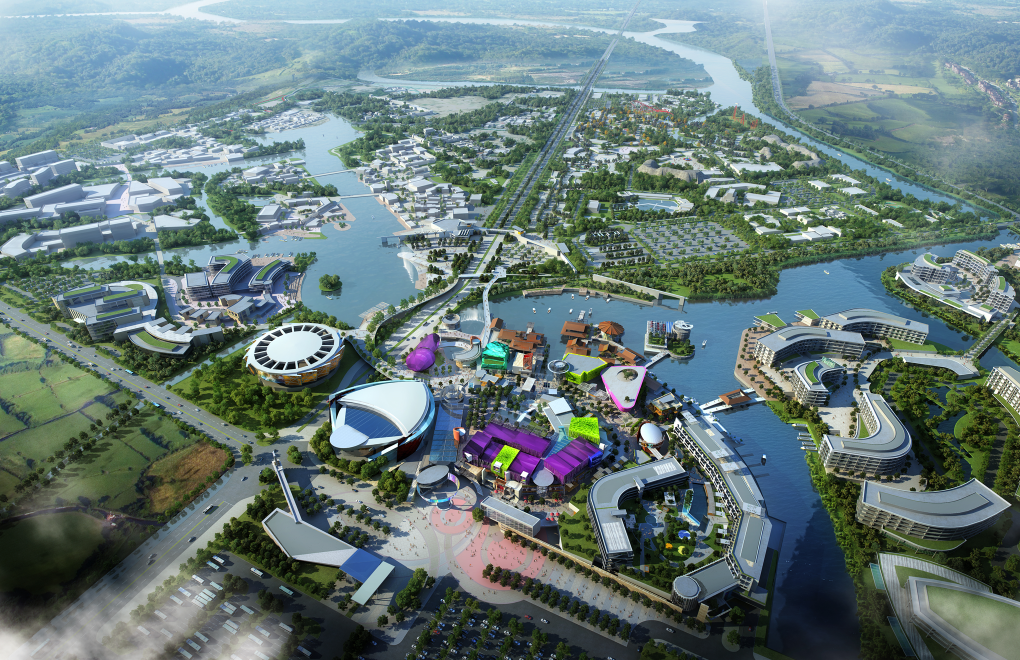 At FORREC we thrive on one-of-a-kind projects like the Xiangshan Global Studios master plan, which really allowed us to be creative and deliberate with our design.

When the Xianghshan Movie Cultural and Industrial Park Management Committee approached FORREC, the objective was to design a state-of-the-art film and media destination that created a coherent and comprehensive vision for an International Film Industry Experimental Zone and a live-scene movie park that would lead China and set new standards in experience driven destinations.

This was a challenging mandate since film studios had grown organically into a mix of film production and tourist destination.

Located in a beautiful valley, south of Ningbo in the Zhejiang Province, and part of the Ningbo Film and Television Cultural Industrial Zone, the site is surrounded by scenic mountains, including the renowned Elephant Mountain, and is close to a beautiful coastline and popular beach front resorts. 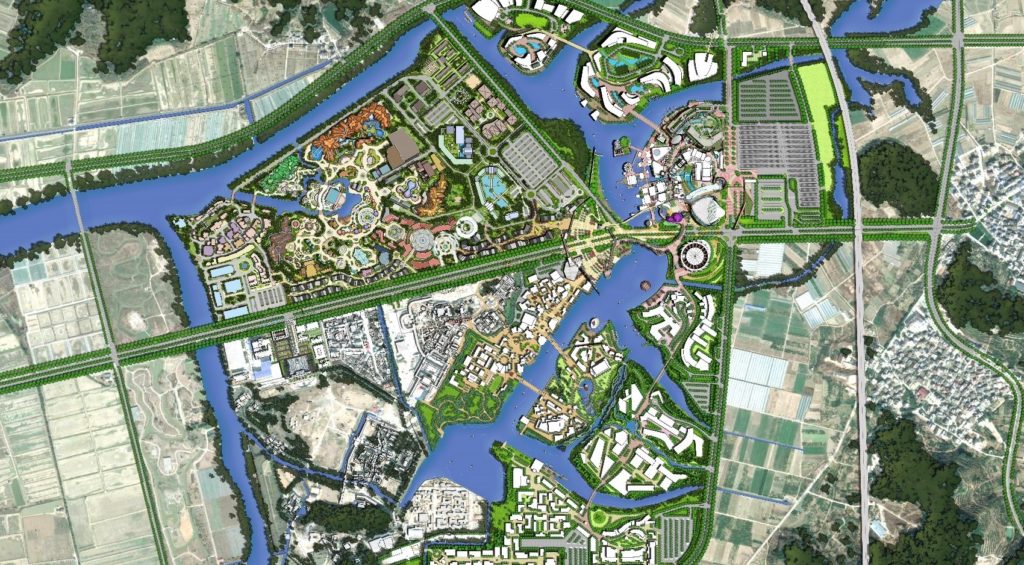 The project covers a total land area of, about 2,120 mu, including the water area, of which roughly 1,600 mu can be constructed. FORREC’s project area needed to integrate with two other existing large uses: the active film studios and the theme park which are both built (or partially built) and open to the public.

Movies are deeply personal experiences; they tell stories that we connect with on many levels. But movies are also highly technical endeavours that require the efforts of large numbers of specialists.

The master plan provided both: a clear, rational differentiation between tourism and production zones, and an engaging story that weaved a compelling visitor experience around the craft of movie making, balancing the need for expanded studios and controlled production environments, with the pressure of upgrading the existing facilities to a regional tourist destination.

The visitor experience was organized along four distinct zones that traced the creative and technical process of making a movie: Planning (The Beginning), Pre-production (Getting Ready), Production (Making), Presentation (Celebration). There is a fifth zone – Epilogue (Post-credits Scene) – where the guests continue their adventure by crossing the canal to the movie lot and theme park attractions to the west. Each zone provides a combination of experiences, entertainment and services that draws in the guest and allows them to personalize their visit, making it unique and unforgettable.

This project is a great example of FORREC’S team creativity and ability to seamlessly integrate entertainment and commercial uses to maximize the overall guest experience, increase the appeal to visitors and maximize the value to developers.