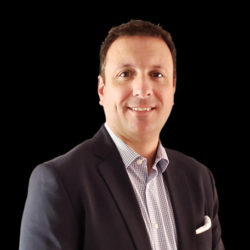 Emmy-nominated producer takes his skills off-screen, creating the ultimate immersive entertainment experience. FORREC is proud to announce its newest hire, David Kenneth, as Executive Producer at the company for its new Media Studio. Kenneth began his career in live-action production before moving into post-production, visual effects, CG animation and ultimately the themed entertainment industry. In his new role, Kenneth will take the lead in extending FORREC’s offerings across media production, live-action, CG & VFX entertainment. The new role will also include creative and technical direction, and management of the production studio— enhancing FORREC’s ability to offer clients fully integrated experiences, from concept to delivery. Kenneth will continue to be based in Los Angeles expanding FORREC’s presence to the west coast.
“We are so excited to have David join the FORREC team – his expertise will offer another important layer to our creative storytelling capabilities,” said Cale Heit, president and CEO of FORREC. “We were immediately drawn to David’s wealth of experience working in live-action production and visual effects and this shared passion for the entertainment industry. We have no doubt that David’s leadership and unique skill set will inspire creativity and elevate our clients experience.”

Kenneth joins FORREC from Innovate Entertainment Inc. where he served as CEO and Executive Producer working extensively in media production across a variety of industries from theme park attractions to feature films. As an Emmy-nominated producer, Kenneth has worked on many high-profile projects, including Harry Potter and the Deathly Hallows Part 2, Green Lantern and Spiderman 2. Kenneth is also a member of numerous professional organizations including the Producers Guild of America and the Digital Cinema Society.

“Breaking new boundaries in the world of experiential entertainment has always been a motivator for growth, which is why I am so thrilled to join the FORREC team,” said Kenneth. “Their expertise in creative and immersive design while creating exceptional guest experience-based attractions is unparalleled and I am looking forward to working on groundbreaking projects together.”

The Goldilocks Effect: Does Size Matter?

Universal Design: Creating Spaces and Places for All – Part 1

Designing in a New World of Expectations